18th of June, 2019. During the Leaders in Architecture Summit in Dubai, Nikken Sekkei’s Officer, Dr. Fadi Jabri, took the opportunity to talk about the challenges fast growing Mega Cities around the world are facing, and the subsequent impact on their infrastructures. As these cities’ size is rapidly moving from big to bigger and ultimately to mega - the number of Mega cities four years ago was 28, this year is 33 – investments in transit and public transportation development is becoming an urgent matter to prevent urban sprawl. The role of architecture, together with governments and municipalities, is to guarantee citizens efficient and comfortable environments for living and commuting; and a sustainable plan for the city.

Moscow was presented, and has one of the most recent examples of a capital that rapidly doubled its size (from 1,100 to 2,500 km²); and it is since actively working towards creating functional and well-connected suburban districts, shifting to multi-modal structures. Another point of interest was the case of Shinjuku station in Tokyo, well-managing the extreme density of 1.2 Billion people per year. Talking about extreme density management, the conversation naturally moved towards Japan, which has 45 out of the 50 busiest station in the world, and of course Tokyo, the largest megacity in the world with approximately 40 million people. The presentation then evolved towards related topics like “elastic cities”, smart cities, compact cities, and high-rise developments linked to vertical growth. Dr. Jabri pointed out the trends in investing in underground development as well as in a green and sustainable future which also sees the possibility of timber high-rise developments for vertical growth.

Nikken Sekkei’s experience in the field has matured by working in the front line in Urban Planning, TOD, Mixed-Use, Underground Development, and Vertical Growth in Japan for decades. 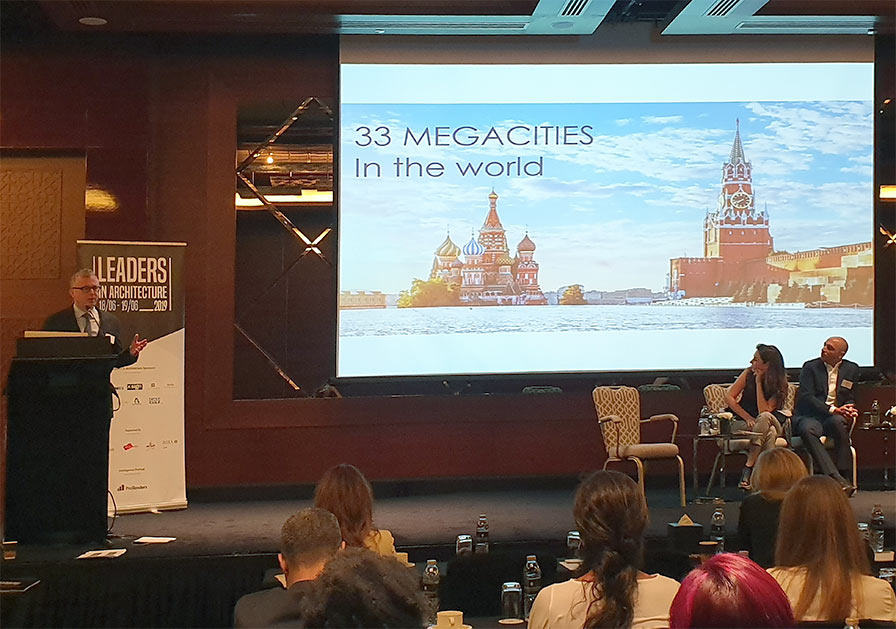