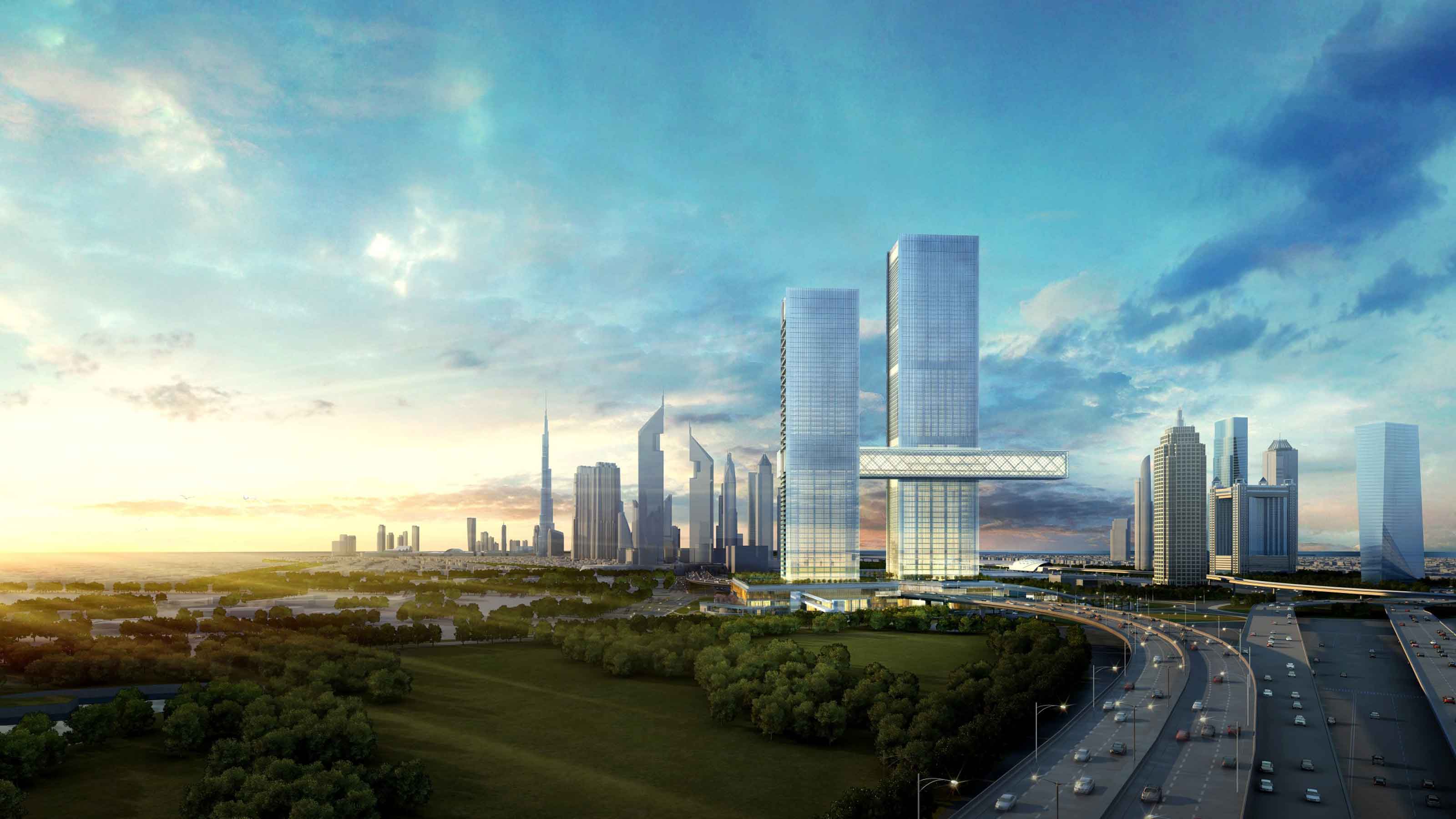 Steady progress is being made in the construction of One Za’abeel, a project that comprises four key structures: two towers, The Link, which connects the two towers at 100 meters above ground, and a low-rise section called the podium.
The assembling of The Link on the roof of the podium and its phased sliding over the highway is an exciting process that was much talked about in Dubai. This is now nearly complete, and The Link is scheduled to be lifted up to its position100 meters high around mid 2020.

The Link will be the world’s longest cantilever. Creating an oasis that floats in the air while connected to the two towers, The Link will have Celebrity Chefs restaurants and bars, and an observation deck. With other attractions such as an outdoor pool on its top, The Link is sure to become Dubai’s new destination for residents and visitors alike. .

Dubai and the One Za’abeel Project

The site for One Za’abeel could be considered the gateway to the financial district of Dubai, both historically and from its location. It is at the northern edge of the Sheikh Zayed Road heading from Dubai International Airport to the city center, and is adjacent to the Dubai World Trade Centre, the complex that could be called the origin of modern-day Dubai. To the south, along the Sheikh Zayed Road is Emirates Towers (completed in 1999), Burj Khalifa (completed in 2009) and other iconic landmarks of modern Dubai. The area south of the site for One Za’abeel forms Dubai’s developmental axis.

Design of One Za’abeel

One Za’abeel was designed to have two towers and a cantilever, The Link, straddle the highway to form the gateway to Dubai Financial District.
While presenting a simple yet dynamic design, the towers adopt a curtain wall with glass fins covered with white dots. This creates a mirage of being on top of clouds, which heightens the floating sensation of The Link. The fins also have the effect of making the outline of the towers appear to be shimmering with the heat, for a soft expression that contrasts with the strength.

Dubai is known for its many buildings that emit an overwhelming presence with their audacious and extravagant designs. One Za’abeel, with its elegant, simple, strong and timeless design, which is not swayed by trends or preferences, aims to become the symbol of Dubai’s new sense of architectural values and an icon of its skyline.

Ever since Nikken Sekkei designed the Dubai Chamber of Commerce Building (completed in 1995), we have been closely watching over Dubai’s development as a city. Now, 20 some years later, we consider this design of a new icon for Dubai to be an important milestone and hope we can contribute to the city’s further growth.